Zeitgeist – The strange alchemy of Mastermind 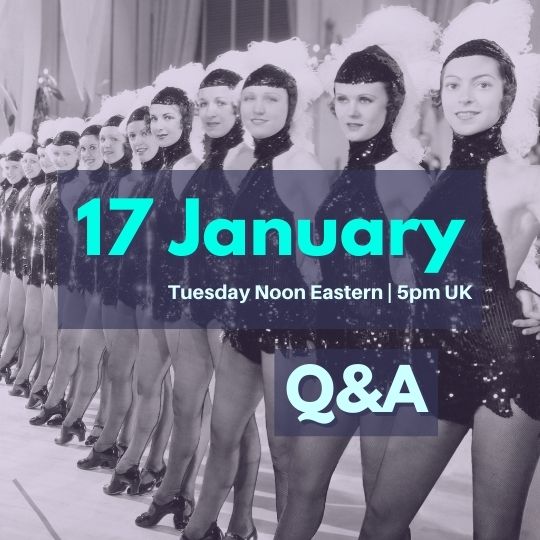 My name is Liz Scully. I’m a business strategist and a Mastermind coach.

Sometimes in the Mastermind groups I run, I see a strange phenomena.

And it’s something that I was very curious about.

Basically, when I run a lot of groups together – and I’m normally running 3 or 4. Sometimes I’ve run up to about 16 at the same time, that was dreadful, don’t do that. But when I have a lot of groups on, sometimes I find the same themes keep cropping up over and over again.

Everybody in the different Masterminds is having something around that same issue.

At first, I thought maybe I was creating this because the first couple would have similar themes and then I’d begin a sort of contagion by inadvertently leading the conversation in that direction. But I was very careful and I was certain after a few tests that this absolutely wasn’t happening.

There was genuinely just a feeling in the Zeitgeist that there was something that everyone was dealing with. It’s one of the really special things about being a Mastermind coach that you get to see this kind of stuff.

The more Masterminds you run at the same time, the more you can help people.

Because of course if you’ve seen the same issue come up two or three times, you know the books to recommend, you have all of that information to hand. I always find that by the end of a Mastermind week I’m probably Masterminding even better than at the beginning. Not that I’m not fantastic at the beginning – she says modestly – but later you can really get into the flow of it.

It’s like doing two or three exercise classes one after the other. Your body’s really loosened up. Because that’s the thing about Masterminds, most people, most of my alums don’t just run one. They run a couple.

And once you’ve started getting two or three together and getting really limber about it, you can really A) get very good at it but you can also B) add a huge new revenue stream.

And let’s not forget where the name Mastermind came from.

When Napoleon Hill named it in his book Think and Grow Rich, he named it Mastermind because he believed that when a group of people come together there’s something bigger there between them: a Master Mind.

Something almost metaphysical happens when a group of people come together.

I certainly believe that when a group comes together, there’s more than the sum of their parts.

If Masterminds are something that you’re interested in, hop over to the Mastering Mastermind sales page.

The program might not be open right now in which case get on the waitlist. And if it is open check out all the information and join us on this year’s Mastering Mastermind.