How I ‘broke’ into film using postage stamps 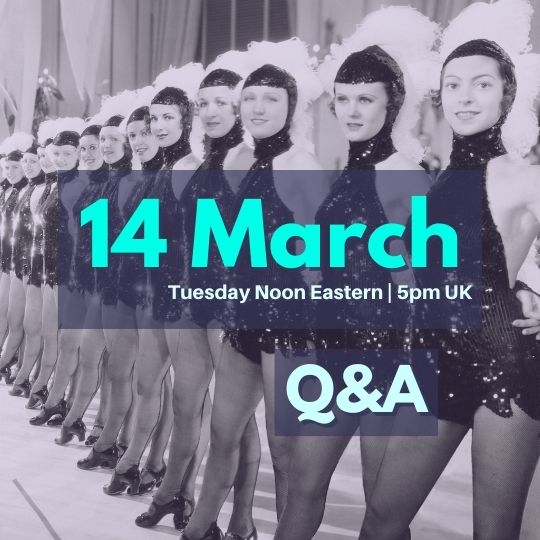 I often find myself saying to my clients

Sales, getting results, speaking to people,

all of those things – it’s about quantity.

I learned this early, when I ‘broke’ into the film industry… let me tell you the story.

So, this was when I was finishing my Masters. Because, weirdly, I have a Masters in Visualisation. It’s part of why I’m good at strategy, I’m actually qualified at visualising things.

I was determined, I was going to get a job.

It was a long time ago, the job market wasn’t good so this was quite a big effort.

There I was, mapping things out, printing out resumes – because this is the days before just emailing applications.

My flatmate went past and went

‘You seem to have a lot of application letters there, would you like me to get you some stamps?

I’m going to the post office.’ And I said ‘Actually, yeah, that would be really helpful.’

I never really thought about any of this till later when he told me this tale. So he went out holding the money I’d just given him to buy 200 stamps.

And it really stuck in his mind because he got sheets of stamps. He’d never had any reason to buy a whole sheet of stamps. Which is weirdly delightful in itself. And it was very nice to have that.

He said when he walked out of there and particularly when he was holding the stamps,

And he was right, I had a very successful career in film for a long time. And frankly, I’m doing just dandy in Strategy now. I know – should I tell you that? But it’s true. And it’s because of tenacity.

By absolute fluke, the next year, my flatmate’s best friend’s girlfriend did the very same course I did. She got to the very same point I had where she was looking for her next job.

And John, my flatmate as was, leant over and said ‘So how many places you’re applying for?’ thinking of me and that big sheet of stamps. ‘Oh, I’m doing quite a few.’ – she said. And he’s like ‘A-ha.’ And she said, ‘I’m applying for 3 jobs.’ And he thought, ‘She isn’t going to get anywhere in this industry.’

And you know what? Sadly, he was right.

Because nobody ends up in the film industry. You have to spend a lot of time getting into it.

And you have to spend a lot of time working your way up through it.

And it’s the same with sales.

You have to speak to a lot of people. It’s exactly the same way that I could be living in Bangalore in India, totally cut off from everybody in the North American coaching world and yet I now have lots of friends and lots of clients in North America.

Sales, networking, making friends, and helping people, you don’t do it once and hope stuff spreads. You don’t send one newsletter. You don’t put one thing on LinkedIn.

You send all of those letters.

Because the thing is:

But one of them was for the most amazing job.

You have to be tenacious.

I know you can be tenacious. I know you’re wonderful too. Don’t give up because the first 20, the first 50, the first 100 things didn’t work.

If you need a little bit of strategic guidance to know whether or not, you are banging your head against the wrong wall, or banging your fist against the right door, then come to the next Q&A, and let’s sort it out together.

The date’s below, with the place to put your email. I’ll speak to you soon.