Oscars: that envelope & a moment of grace 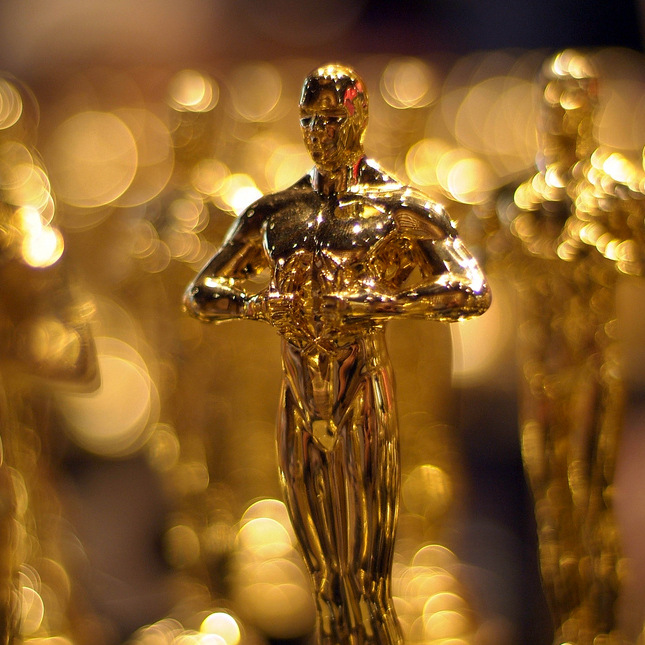 “Who wouldn’t want to work with a man who acts with decency as he says what he most wanted taken away from him?”
Top 9 Posts
Blog Home
Next Post

Oscars: that envelope & a moment of grace

Wow. That envelope mix up.

You’ll have seen the clips and felt awful for everyone involved. But perhaps you don’t realise quite how bad nearly, but not actually, winning an Oscar is — after all La La Land won 6 other awards. How bad can it be, right?

What you might not know is that winning an Oscar isn’t just a lovely pat on the back and a night out in flashy clothes: to the industry, it’s much, much more. Winning one pretty much guarantees a long career in film. It’s your name that’s engraved on the statue, not the production company, yours. And once you’ve won an Oscar — or even worked on a film that’s won — your career is golden. Hell, even being associated with films that’re Oscar nominated will give you a massive bump.

I’ve worked on two films that were nominated and it truly does amazing things for your career. I’ve won an Emmy and that was good, but if you actually win an Oscar, everything falls into place — you’ll get more prestigious work at vastly higher pay. Just associating your name with companies will mean they get investment. Everything changes once you’re an Oscar winner

More than that, there is no actual Oscar for Best Producer. In film, the producer is the person who probably found the idea, certainly the finance and hired the crew including the director. The producers to a large degree are the film. They’ve probably worked on it for two or three years, often more. It’s a hellish amount of thankless work and the Best Picture Award is widely known to be a win for the producers. That’s why the producers do the acceptance speeches, it’s really for them.

So, as they walked to the stage — they must have been going through not just the usual ‘we won an award’ moment, but elation about their careers and how all their personal projects can now be green lit. Suddenly everything lit up before them.

Imagine how everything changed in that moment — you’ll likely never have to scrimp for people to fund work. You’re an Oscar winner!

And at that moment there was so much grace in producer Jordan Horowitz’s reaction — he told everyone immediately. ‘Moonlight, you guys won best picture.” Then said it again. And again. ‘This is not a joke.’ Even more grace, when he said he wanted to hand them his Oscar. What a gent.

And then the Moonlight team; confused, coming on stage slowly. Not getting the surge of pure joy that other winners get. Instead confusion. Now it must have been slowly sinking in with them — they’re the ones going to get the career buoyancy. Now, they’re the ones with the cast iron careers.

So the La La Land producers aren’t going home with a statue. And that poor man who handed Warren Beatty the wrong envelope. Surely he’ll be fired. Or at the very least be disgraced and never walk a red carpet again. PwC may well lose the contract and that’s them for Hollywood glitz for a while.

All this from a wrong envelope. A quick mistake. A career defining moment for many and the thing we’ll all remember about fancy awards ceremonies for years to come. Clip round-ups of the Oscars will show this moment again and again. Forever.

It was so devastating and just a mistake. Sure the Academy had a plan to stop exactly this mistake but, it went wrong anyway. As life does. Seeing it unfold, all the awfulness, the peaks, the troughs, the moment they all thought their careers were made for EVAH… then not. Then that awful pause while the others shuffled on stage rather than stormed it like the conquering hero’s they are. Well, all that, I’m not ashamed to say, it made me cry. So many people affected by one moment. And one specific traceable person responsible. A man now both a laughing stock and a pariah.

All from one envelope.

But here’s the thing. Jordan Horowitz had the right reaction. Fix it quickly. Be the bigger person. Don’t stand there having the Oscar prized from your grasp. Do the only thing you can — be graceful. Say the words, admit the issue, make it right.

There’s been online hate for Fred Berger, the other producer — he was halfway through his speech and finished up and then said ‘we lost by the way’. And people have been hating on him online. Really? You’re on stage at the Oscars and you’re not really thinking too much (like Warren Beatty and not thinking about what the wrong name on the card meant), it’s not clear so you carry on. That’s also normal. Not graceful, but normal.

And you know, if it was you or I and we’re up there on stage and you think you’ve won an Oscar but you’re beginning to realise perhaps you didn’t and you’re halfway through your speech… well, you carry on. Apart from the fact you’re confused, can you imagine, telling your family ‘oh yeah, I had this lovely speech ready, but I never got to say it?’

Plus there’s the fact you may well never be in a position to give an Oscar acceptance speech again. Hell yeah, I’d carry on. So no hating please. Not till you’re up there even in the running for an Oscar.

And I’m sure no careers have been damaged in all this. I’m certain Horowitz’s moment of grace has been noticed by powerful players. Who wouldn’t want to work with a man who acts with decency as he says what he most wanted taken away from him?

The world will be a better place when we all act with grace.

This article was first published on Medium; here

Has this spurred you on to get cracking and do some goal setting? These posts are exactly what you’ll need:

How do I achieve a massive goal?
Big goals mean big results
Discover your life goals easily in 30 minutes or less

Or check out the whole blog here