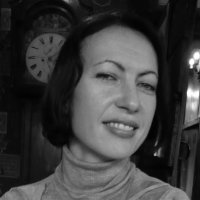 “But, it may just be the fact that she moves like a dancer through the chateau that catches your eye.”
Top 9 Posts
Blog Home
Next Post

When you come through to our next retreat in France, you’ll notice this fascinating woman in the background.

She isn’t coaching; she’s one of our coordinators, and trust us – Tiana Harper is darn good at it.

Her experience in broadcast and film production puts her in a prime position to balance the needs of everyone for the most remarkable outcome.

But, it may just be the fact that she moves like a dancer through the chateau that catches your eye. That’s because she’s been that too, along with an actor, and a talent trainer. It seems that if there is an inch of entertainment, Tiana will involve herself, and take her ability to the next level.

She’s always been an entertainer. At the tender age of 8 years old, Tiana wrote her first play, and even produced it when she convinced her headmaster to allow a performance at a school assembly. In her late teens and early twenties, she toured Britain with a rock band, performed with a local theatre company, and danced across stages with a cabaret corps. As delicious as it sounds, Tiana warns that it’s not all elegance behind the scenes – you’ll be lucky to get a mirror and a toilet backstage.

Her creative approach led her to develop her own short films and to carry that experience through other productions. This background gives her the ability to approach every situation intuitively with a ‘what’s possible within the budget and the timescale?’ attitude. She carries this approach into the rest of her life. When it comes to people, it’s not such a different story. Now, Tiana’s moved into actor coaching, and she uses her experience to enable human development rather than worry about the good of the production.

Her interest in writing characters, and in the stories an actor can perform has developed her interest in psychology. This prompted a move to obtain formal education in coaching and training actors, on top of her MA in television productions.

Over the years, Tiana has developed an understanding of the need for leisure time. This is something which is almost impossible to get in the overwhelmingly busy field of film and TV production. But, as she says, it’s counter-productive to have consistently fatigued and stressed-out staff making decisions. When she remembers to take some time for herself, she loves reading, walking, socialising, and of course heading out to the theatre or cinema.

Although Tiana doesn’t claim a personal hero, she recently watched Julie Walters on stage. In Tiana’s words, “she was brilliant. I’d only seen her on TV previously, but she’s fabulous on stage, very physical and so instantly believable as her character. She hails from my local area, and I felt a flush of local pride!”

It’s incredible that someone with experiences from every dramatic corner can still feel the thrill of her home town. But then, one of her favourite verses discusses remembrance.

…These days we are adjectives, nouns.

In moments of grace we were verbs, the secret of poems, talented.
– Carol Ann Duffy, Moments of Grace

What a powerful ride for someone who isn’t yet done developing all of her skills – and those of her actors. So, when you happen to catch her floating across the room at our next retreat, you may just want to interrupt her for a chat. She’ll be happy to organise the cake.

Meet Penny Millar and her camera

And as always do please leave a comment below – we’d love to hear your interesting careers or even your fave poems!