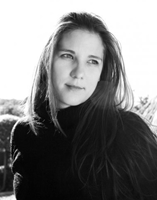 “After years as a photography agent and stills producer, she decided that nothing moved her as much as playing with words.”
Top 9 Posts
Blog Home
Next Post

Katie is an extreme example of what a career changer looks like.

She took the leap from a full time position in TV production to freelance writing as a single mother, and almost nothing in the bank.

But then, she’s no stranger to jumping first, and asking questions later. Katie has chased opportunities across the globe before settling in South Africa – a decision that was made during a two week holiday in the country.

American born Katie decided that a traditional path wasn’t going to suit her, so she moved herself to Australia only a few months after her high school graduation. On her return to the States, she somehow balanced a college education with full time work, in between stints in France and Switzerland. Moving to South Africa was never in the plan, but it became reality minutes away from checking in to her flight. Her decision came with the realisation that she never felt she was done with a place when she left it. So she stayed.

Her decision to follow her dream of freelance writing happened almost as spontaneously. After years as a photography agent and stills producer, she decided that nothing moved her as much as playing with words. The wheels were in motion as soon as she had resolved to write. In retrospect, it was a bold move – but the right one. She says, “when you know it’s right, you can’t be afraid of it. You just have to do it.”

And we’re so chuffed that she’s made the move. Katie has been part of the Rethink Retreats team for almost a year as a writer and all around support. She says that the work she does for us has undoubtedly pushed her freelance career straight to the top, so it’s smiles all around.

When she’s not sitting in front of her computer worrying about squinting modifiers, you can find her laughing with her kids, trying to perfect her home keeping skills, and if she’s lucky – sleeping. She also watches a lot of rugby and trash tv.

You can read her (sometimes cynical) views regarding her smorgasbord of interests at kathrynschenk.blogspot.com.

And, of course, you can read more of her work by staying plugged into Rethink Retreats.

If you’ve enjoyed this profile and would like to meet more of the lovely Rethink Retreats team, check out: