Hollywood royalty, horsemeat and the importance of targeting your message - Rethink Central
Blog Home
Next Post

Hollywood royalty, horsemeat and the importance of targeting your message 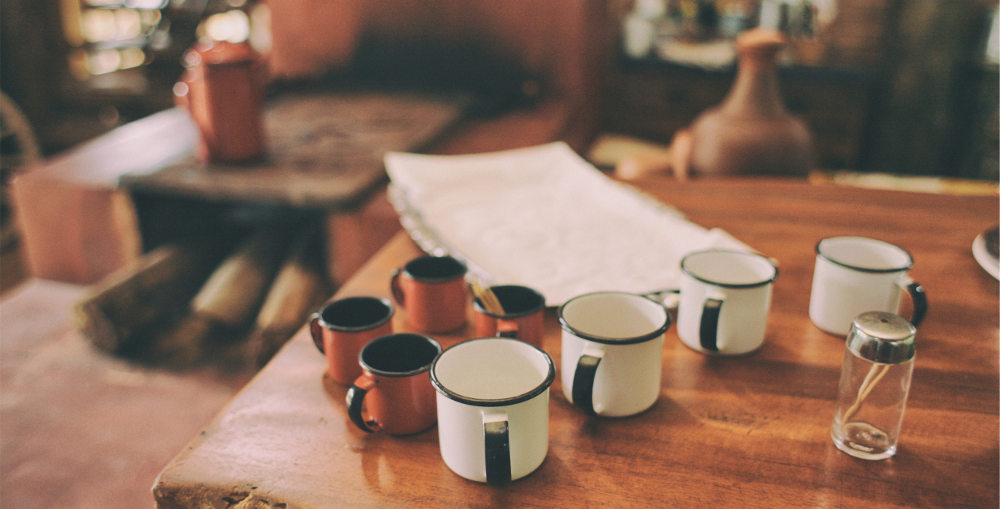 He wasn’t having much luck chatting up the barista. You could tell he’d been trying for hours. Lord knows, he wasn’t a quitter.

She was polite and friendly, like most people in this little Colorado mountain town. She politely kept the conversation going, but there was no sexual spark at all. They could have been old friends. They could have just met. People are friendly up here.

I was sitting quietly by the window drawing. Which in itself was lovely — it’d been ages since I’d allowed myself a creative playdate. I’d already sketched my hot chocolate (badly) and my macaroon (also badly). But the quality of the drawing isn’t the point. It’s not about the ‘art’, it’s about giving yourself creative permission to doodle, to fill yourself up from a different source. At least that’s what I’m telling people.

As I doodle I listen vaguely to Mister Chatty at the counter. He was telling her about a really great taco truck in Denver that does unusual meat, like moose. And if you’re really in the know you can ask for horsemeat. He offered to bring her some next time he’s in town. Which was nice. Or just an excuse to see her again. Either way, unsurprisingly she wasn’t that interested in horsemeat. Few but the French are.

He seemed to live here in the little town and also in Denver. Mostly in Denver, but he was very keen she knew he was also a local. It was confusing. Much like my drawing of the macaroon. I decided it was time to eat the macaroon and destroy the evidence. Now as far as anyone was concerned, my drawing was totally accurate. Well apart from the large pile of macaroons on the counter. Perhaps I should have another and eat more evidence? 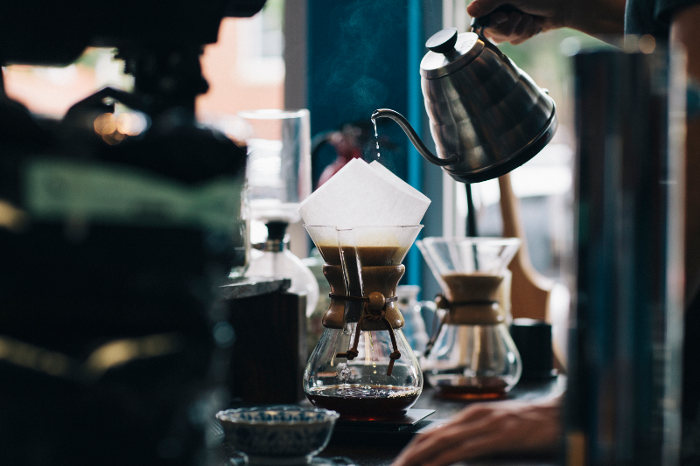 He ordered another drink. Seems he’s waiting for his truck to be fixed. I’m shading some lettering now — also badly, but that might be shakes from the sugar in the macaroon. I’m enjoying the feel of having a brush pen in my hands again.

Now, he’s talking about how he’s from California. She went to college there, the conversation becomes a bit more lively. He used to work for a production company there, and shot footage all over California. He tells her he’s going to be in North California next week — as he’s interviewing someone for his documentary.

She’s not interested, but my ears prick up. A documentarian? Ooh, I’m making a documentary, well two actually. Both at glacially slow paces, but they’re in my heart and they’re on the schedule (though much later in the year). Perhaps I should go and say hello.

Apparently he’s interviewing Hollywood royalty up there. The man lives in Carmel. He’s in his 70s. What?! I know who that is, even if the girl behind the counter doesn’t. In fact, the man he’s interviewing used to be the Mayor of Carmel. WTF?!! That can only be Clint Eastwood. Mr Chatty Horsemeat is interviewing Clint-sodding-Eastwood?! He must have some serious film clout. He might even be a genuine player. You expect people to be good at what they do up here, and there’s lot of film and TV people near Boulder, but famous documentary makers? Well not so surprising I guess it’s not a cheap place to live — but you don’t expect them to be chatting up baristas. It really is quite impressive he’s here.

But… not to the girl behind the counter. She’s totally uninterested in how high up in the documentary world he must be to get an at-home interview with Clint Eastwood, ex-Mayor of Carmel and very much current film powerhouse. All she says is something about how he’s looking good for a man of his age. Very active.

Mr Chatty agrees… and then is totally disconcerted by the fact she starts talking about her dad — who’s also in his seventies and very active. They talk about ageing and how the key is to have a hobby (or in Eastwood’s case an active film career). This could be a brush off, but it is probably just where her interest lies. Very soon after this, Mr Chatty pays for his drink, promises tacos (horsemeat free to her audible relief) and leaves. No doubt, gutted that his ‘I’m about to meet Eastwood’ ploy hasn’t worked.

Thing is — wrong audience. It’d have worked on anyone who worked in film — like me. I’d have been impressed and had a deep conversation about his film career and what he’s planning on achieving. But to the girl at the counter, it’s just a thing. Maybe a vaguely interesting thing, but not a thing to really be impressed by.

And this is really the lesson here — context is everything. Speak the right magic words to the right audience and they’ll be putty in your hands. Otherwise you’re just wasting your breath on the wrong people. Like the girl behind the counter — she’s completely the wrong person to chat up in the first place, because… well, she’s married. I happen to know this as she also works at the yoga place across the street. So not only did his big close of ‘I’m about to film Eastwood in his home’ not hit the mark, he was wasting his sales pitch on the totally the wrong person in the first place.

Don’t do that. Make sure you’re talking to the right people about things that they actually care about. Do your research. When you do — magic happens.

When you don’t — you’re just bringing horsemeat to someone who’s not interested.