Harness the power of your to do lists 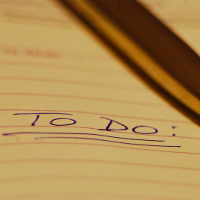 “Apparently Benjamin Franklin was a list fanatic. So too are Ellen Degeneres and Martha Stewart.”
Top 9 Posts
Blog Home
Next Post

Why do people make lists?

But maybe there’s something more to the art and science of list making. It seems that the act of writing – and crossing off – items on to do lists can make you rather successful.

At the very least, it will put you in very good company.

Apparently Benjamin Franklin was a list fanatic. So too are Ellen Degeneres and Martha Stewart.

According to one legend (which we’re completely tempted to believe), Gene Simmons went a little crazy when he lost his little black book of lists while on tour. Madonna too is committed to list making – and list completing.

What do all these people have in common? They’re highly functioning, extraordinarily effective and wonderfully well paid. These people don’t make lists because they’re famous – they’ve reached high levels in their career as a result of their list making skills. And, they’re not the only ones.

Arnold Schwarzenegger was a young German speaking boy in Austria when he added “become a famous Hollywood movie star” to his to do list. (Unfortunately, we don’t know when he added politician as a goal.)

Oprah Winfrey planned to be a millionaire by the age of 32; becoming the richest black woman in America was on her to do list. Never mind that; Oprah’s one of the richest people in the world – full stop.

And, Bill Clinton shared his list making secret in his book, My Life. Say what you like about his morals, he got a fitted a lot into each day. His advice is to make lists every day; then work through them in order of importance. It goes without saying that the more you tick off your list, the more successful you’ll be. And, it’s entirely possible that lists can make you rich and powerful.

The power of lists is undeniable. Highly productive people are using them to achieve incredible goals. Why can’t you be one of them?

Ready to become the effective super-human you know you can be? Get started with your lists now.

How do I achieve a massive goal?
Big goals mean big results
aAchieve your goals

And yes, commenting below is one of the best ways to get in touch with us. We’ve got a wonderful group of readers who’re just waiting for someone to make the first comment. Perhaps that person is you.