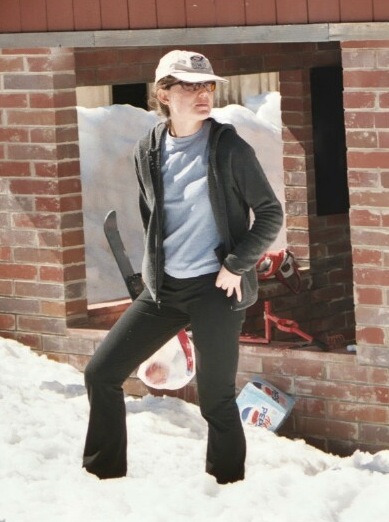 “When the doctors diagnosed her with Irritable Bowel Syndrome (IBS), she wasn’t the only one who didn’t have a clue what it was or how to treat it.”
Top 9 Posts
Blog Home
Next Post

Angela Privin has a magnetic magnificence about her.

It’s a helpful quality to have when you consider her life and the diversely winding roads she’s travelled.

These days, Angela is a writer and health coach based in San Francisco. It’s a long way away from where she started, but no home or business could be more satisfyingly perfect. Just ask her, she’ll tell you the same, and the gleam in her eyes will say so much more than the mere words can.

Her story started in a time and place that may just be as far away as a person can get from San Fran. Angela was born into a Ukrainian family in the days when the cold war was a bitterly limiting reality.

When she was four, her family moved across the ideological divide. Angela’s first year outside of the USSR was split between Italy and Austria, and although it challenged her mind in ways that she wouldn’t understand for years to come, it wasn’t nearly the end of her move. Angela’s family finally settled in Connecticut after a few tumultuous years in New York City.

And when you think about it, that was just the beginning. A desire to learn and communicate led Angela through to a Masters degree in journalism from Columbia. And oddly enough, her studies presented an opportunity to return to her roots. From a summer in the Ukraine to a burning desire to live and report in Moscow, Angela seemed destined to return. Well, it was worth a shot anyhow – and she had a job at Dow Jones in Russia if she wanted it. In the end, she decided to stay in NYC, and it was there that Angela first felt the pangs of discomfort.

When the doctors diagnosed her with Irritable Bowel Syndrome (IBS), she wasn’t the only one who didn’t have a clue what it was or how to treat it. The doctors didn’t offer much in the way of relief or solutions; they couldn’t even tell her how or why it had developed. But, in the midst of almost continual discomfort, Angela moved across the country to San Francisco, then a hot bed of alternative medicine.
Unfortunately, the west coast didn’t offer the immediate solutions to Angela’s health that she’d hoped. Instead, the years slipped away as she was pushed, from pillar to post, and she lost her self esteem in an endless stream of looking for a way out of physical misery. In retrospect, a crossing through the Cold War was probably an easier journey.

Fortunately (for all of us), Angela never surrendered. Her quest for healing drove her systematically to rule out every single healing diet out there. And eventually, through sheer coincidence, she found a practitioner who understood her troubles and offered a solution. And finally, something worked. But Angela’s journey wasn’t over; in something that resembles a coping mechanism, her mind and body went into relaxation mode. And there she stayed for years while her body recovered from the emotional and physical stress of the past 7 years.

After those years of putting her illness behind her, the time finally came for Angela to release her journey to the world. Her book deals with all the painful parts of her story until she finally managed to heal herself. And from this catharsis, Angela was finally ready to get moving on the life she had lost when she first became ill. With her gift for communicating, you can bet this book is going to be a cracker.

And now, after her years of recuperating, Angela’s launched her own business, Do It Yourself Health. And as with anyone who truly loves what they do, it’s difficult to tear her away from it.

But that’s good news for anyone who needs a strong role model in the area of health coaching. And it just shows that a little perseverance goes a long way when you’re building the life that you really want – no matter how far away that is from your beginning.

Angela is one of our regular monthly guest bloggers on our sister site, the food blog, Not Got Much In.

If you’ve enjoyed this profile, why not check out these other fabulous people we’ve covered in our monthly profile spot:

Or why not check out the full list of people on the Rethink Retreats Profile Page.

And as always, do please share your thoughts below